Is Your Pet at Risk for Cancer? 5 Common Pet Cancers

Discovering a lump or bump on your furry loved one can be a heartstopping moment. Most pet owners’ minds go immediately to cancer, but that is not always the case. Cysts, lipomas, and allergic reactions can also pop up on your pet, and scare you, but a thorough diagnostic workup at Homestead Animal Hospital is needed to determine whether your pet’s mass is truly cancerous. If the tests indicate a cancer diagnosis, your beloved companion may have one of these five most common cancers in pets.

Osteosarcoma is the most common bone tumor in pets, making up 95% of all bone-tumor cases. Other bone tumors include chondrosarcoma, fibrosarcoma, and hemangiosarcoma. The majority of osteosarcoma tumors develop spontaneously, with no known or apparent cause. Osteosarcoma in dogs tends to be highly aggressive, and can metastasize rapidly to the lungs.

Lymphoma is a cancer of a type of white blood cells called lymphocytes, but is not restricted to the blood, and may originate in the lymph nodes, spleen, liver, bone marrow, and gastrointestinal tract—virtually anywhere in the body. In cats, lymphoma generally attacks the gastrointestinal tract. Lymphoma is aggressive if untreated, but often responds well to treatment, which can offer affected pets a good quality of life for months after diagnosis.

Squamous cell carcinoma originates from squamous cells in the skin, and tends to cause local disease, rarely metastasizing to other body areas. This cancer type can also appear orally, and is much more locally aggressive. 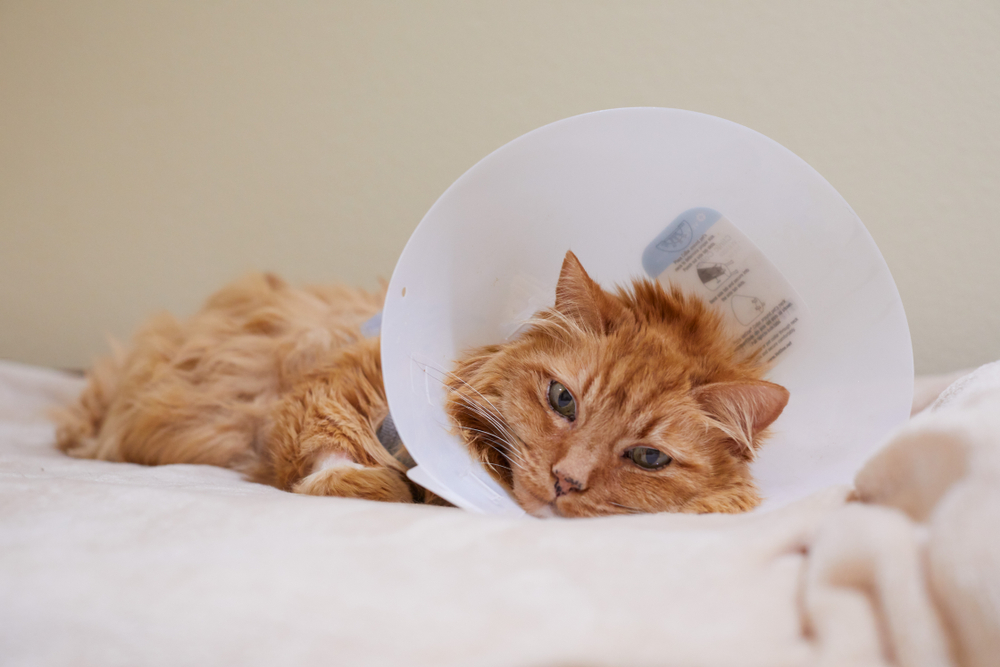 In cats, Siamese, oriental breeds and domestic shorthairs are most at risk. Cats spayed at any point have a 40% to 60% reduced mammary tumor risk, and before 6 months of age, have a greatly reduced risk, as much as 7 times.

If you notice an odd lump while massaging your pet, call us to schedule an appointment. The sooner we identify the mass, the better prognosis for your best friend.