You may have heard of pet microchips but were uninterested, thinking they are expensive tracking devices. Or, perhaps you assume your well-behaved pet would never leave your yard. Unfortunately, many well-meaning pet owners have these misconceptions, with disastrous results. Let’s look at Apricot the Labradoodle’s recent adventure—ahem, not what her owner would call it—to see the importance of a microchip should your pet get loose.

It was a sunny Saturday morning, and Apricot was up with the birds—she was tired of being cooped up all winter, and wanted to enjoy the spring morning. She barked until her owner groaned, groggily led her down stairs, and let her out in the fenced backyard. Apricot walked the yard’s perimeter, happily investigating scents left by rabbits and squirrels. Then, she suddenly stopped. Last night’s wind had blown open the gate, already partially damaged by the tough winter. Apricot was typically well-behaved, but an open gate was too tempting, and she hesitated for only a second before she squeezed through the metal gate. Unfortunately, as her neck rubbed on the gate, her breakaway collar with her identification tags released and dropped to the ground.

Feeling rather smart all by herself, unconstrained by a leash, Apricot strolled along the sidewalk, holding her head high. She took a few side trips into yards to sniff something interesting, and once to chase a cat, but mostly stuck to the sidewalk. After a leisurely walk, she found herself at the park. This was her favorite place! She became excited, running from one attraction to the next. She watched kids playing on the swings, joined a passing jogger for a few minutes, and gobbled down a half-eaten sandwich by the trash can. As she lay down under a shade tree, she heard a little girl say, “Look daddy—that dog is by herself!”

Meanwhile, back at home …

After letting Apricot out, her owner went through her typical morning routine—bathroom, coffee, and digital news update on the couch. After 10 minutes, she went to the door to call Apricot. When Apricot did not come running, her owner stepped outside and scanned the yard. Her heart sank when she saw the empty yard and open gate. She threw on shoes and a jacket, and set off to search for her wayward dog. After walking and calling Apricot’s name for nearly an hour, she was close to tears. She decided to go home and drive around the neighborhood.

As she reached her house, her phone rang. It was the microchip company calling to let her know that Apricot had been taken to a nearby shelter, and was safely awaiting a ride home.

Benefits of microchipping your pet 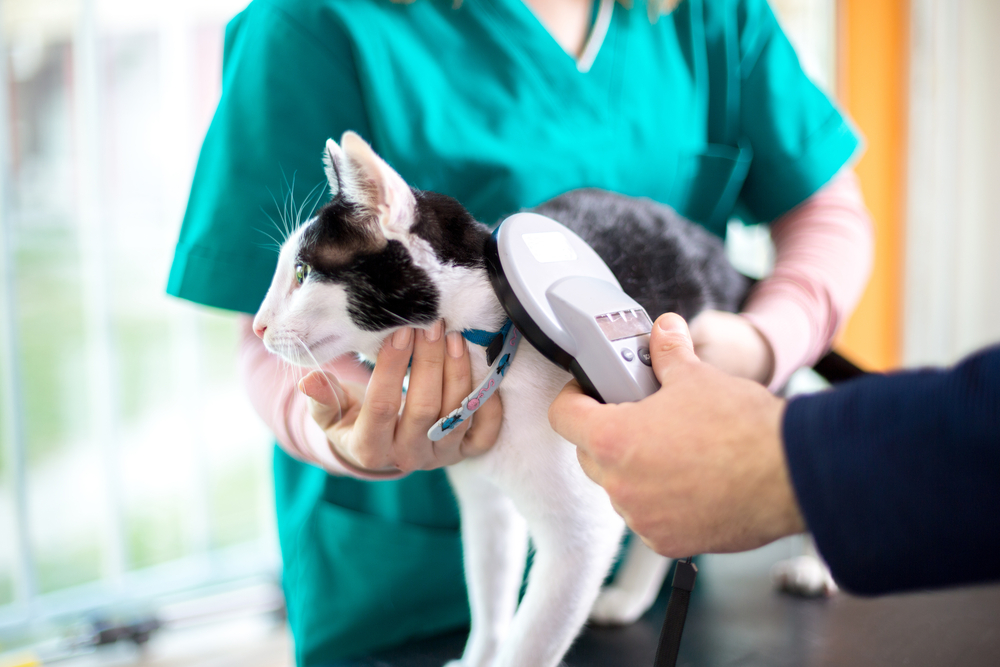 Apricot was successfully reunited with her owner, thanks to the microchip her veterinarian had implanted when she was a puppy. We wholeheartedly recommend microchipping your pet, for several reasons:

Microchipping your pet is a simple, cost-effective way to increase the likelihood of a happy reunion should they become lost. Contact Homestead Animal Hospital to schedule your pet’s microchip appointment, or ask us about microchipping during your pet’s next wellness visit.